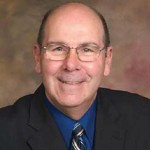 [This week we have “Overcoming Adverse Childhood Experiences” (ACEs), a guest blog by Pastor Dave Lockridge of northern California (left). What a story, and what a persistent heart! – Kathy]

When I became a pastor as a young man, I was prepared to minister to my congregants through all phases of their lives. I expected to spend my time welcoming new babies into the world, sharing biblical principles with thriving families, and ministering to our elders in their last days. I knew I would be called upon to offer comfort through hard times, illness and loss.

What I didn’t expect to do much of was bury parishioners in their 40s and 50s, or even in their teens – men, women and children who died from everything from heart attacks to lung disease to suicide; parishioners who were suffering mightily from a lifetime of seemingly bad choices.

For years, I tried to figure out what was going on. Had I signed up to be a pastor in the dysfunctional family capital of America? I moved to another community and found the same despair and early demise among parishioners of all economic backgrounds and ethnicities.

I began reading up on family trauma, trying to get a handle on what was going on. It wasn’t until my wife handed me a copy of a study by Drs. Vincent Felitti and Robert Anda that it finally began to make sense.

Felitti, who was then head of the department of preventive medicine at Kaiser Permanente, and Anda, an epidemiologist with the Centers for Disease Control and Prevention, had studied the life histories and health of 17,000+ Kaiser patients in San Diego. They found a far higher-than-expected degree of “adverse childhood experiences” or ACEs, including abuse, neglect and various types of household dysfunction. And they found something else that was groundbreaking: the impact of these ACEs lasts a lifetime, affecting not just behavior and mood but our physical health.

In their study, Felitti and Anda listed 10 types of childhood traumas, and assigned each study participant a point for each type of trauma they had experienced. So, for instance, a person whose father had been an alcoholic and had left the family would have an ACE score of 2. Felitti and Anda found that those with ACE scores of 4 or above were many times more likely to suffer from a whole host of ailments – everything from heart disease and asthma to chronic pulmonary lung disease and dementia.

Here was my answer. Here was why I was spending so much of my ministry burying people who were far too young to be dead.

Fast forward several years, I decided that helping people overcome adverse childhood experiences is my true calling. I left the ministry and went back to school to study psychology. I studied the research on how ACEs have this dramatic impact, learning that trauma results in toxic stress that can have a profound effect on a child’s developing brain and body.

I developed ACE Overcomers, a 12-week program in which I teach participants to retrain their brains and reset their nervous systems. I help participants understand the impact of what they went through as children, and to see that they can make different choices today. Among the many positive outcomes, participants have reported that they parent differently now, helping to break the cycle of family trauma in ways I could only dream of back when I was a young pastor.

Adverse childhood experiences are common and widespread: two-thirds of Californians have reported at least one ACE. No single type of intervention can do it all. That’s why I now lead workshops on working with childhood trauma for educators, social service agencies, law enforcement, and religious organizations.

That’s also why I am thrilled to be part of the first-ever statewide summit on overcoming ACEs in San Francisco. The summit convened by the Center for Youth Wellness will bring together health professionals, policymakers, advocates and educators to address what is truly a public health crisis in our state. By marshaling our state’s resources, we can chart a common course forward to heal all of our children so that they can go on to become healthy, thriving adults. [Note: This California ACEs summit subsequently convened in November 2014; report at https://attachmentdisorderhealing.com/ca-aces/ ]

Pastor Lockridge, of Atwater, is the founder and director of ACE Overcomers, a nonprofit to help teens and adults overcome the effects of a difficult childhood.

Want to join the discussion?
Feel free to contribute!